Government u-turns on “tampon tax” in face of Commons revolt 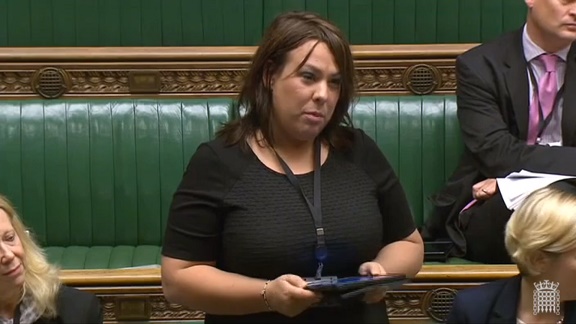 The government has embarked on a major climb-down as ministers desperately seek to avoid a double whammy of defeats in both Houses of Parliament.

As the Lords voted to delay tax credit changes, Treasury ministers in the Commons faced an amendment to the Finance Bill from Labour backbencher Paula Sherriff, which would have mandated the government to include a demand for a zero-rate of VAT on tampons and other female sanitary products in their EU re-negotiation package.

The amendment had been signed by a dozen Conservative backbenchers, and Conservatives for Britain had indicated that they had enough backbench support to put the government majority under serious threat. Every Tory MP who spoke in the debate indicated support for the Sherriff amendment.

Ministers sought to head off the revolt by agreeing to Sherriff’s demands that the government start negotiations at EU level, and pledged to start negotiations with the European Commission, requesting that they allow member states to zero-rate all female sanitary products. They had previously said that this would be too difficult to achieve.

The government did not, however, commit to a clear timeline or that this demand would be on the Prime Minister’s “shopping list” in the EU re-negotiation before a UK referendum.

Sherriff pledged to work with a cross-party group of backbenchers to bring forward a vote on backbench time clarifying these issues, which would not be subject to the same degree of control by government whips.

Moving her amendment in the Commons, Paula Sherriff said:

“It is time to end the tampon tax once and for all and today in this House we have the chance to take a step towards achieving that. It is absurd that tampons and sanitary towels are taxed as luxuries not essentials in Britain, and not treated as a ‘public service activity’ or medical provision by European law. Almost a quarter of a million people from the across the country have signed up to call for that to change, and it’s about time they were heard in Westminster and Brussels.

“Quite simply, a tax system that lets you dine on crocodile steak on your private jet without paying a penny, when we can’t survive a period without the Treasury taxing us for it, cannot be a fair one.

“Periods are a fact of life and it’s not like women have a choice. Many were shocked to see Kiran Ghandi run the London Marathon without a tampon to highlight that too many women around the world do not have access to sanitary products. But that’s the point -; this is a basic matter of biology and it is time to end the taboo. Here in this country, we can buy tampons but we are taxed for it.

Frankly VAT on tampons is the Vagina Added Tax. A tax on women, pure and simple.”