Paula calls on the Secretary of State for the Department of Work and Pensions, Iain Duncan Smith to take action over appalling treatment of PIP claimants by ATOS

Dewsbury MP Paula Sherriff has written to the Secretary of State for the Department of Work and Pensions to demand action over the shocking treatment of Personal Independent Payment (PIP) claimants in the Kirklees area who, in some cases, are being forced to attend assessments as far afield as Manchester and Stockport.

The assessments for PIP, which will replace Disability Living Allowance (DLA) for people with lifelong disabilities, is being carried out by the contractor ATOS. The controversial American company had their contract terminated earlier this year for Employment Support Allowance (ESA) assessments due to poor performance.

The company have two assessment centres in Bradford, two in Wakefield and two in Leeds. But despite Kirklees being an authority of some 440,000 people, ATOS have refused to open an assessment centre in the area. A decision which is being challenged by Paula Sherriff and local patient champion Healthwatch Kirklees.

Paula said “I have had distressed constituents contact my office regarding this issue and I have heard of many other cases where people are unable to attend to their interviews due to the distances they are required to travel. In one recent case the claimant was given 3 hours’ notice that their appointment in Wakefield had been cancelled. They were then advised that they must attend an interview in Stockport.

“I have written to Secretary of State, Iain Duncan Smith, and ATOS regarding this despicable treatment of people with disabilities in my area and I am awaiting a response. This is not a one off incident and I urge anyone to come forward and let me know about their experiences so that we can tackle this issue together and ask for a fairer deal for Kirklees.” 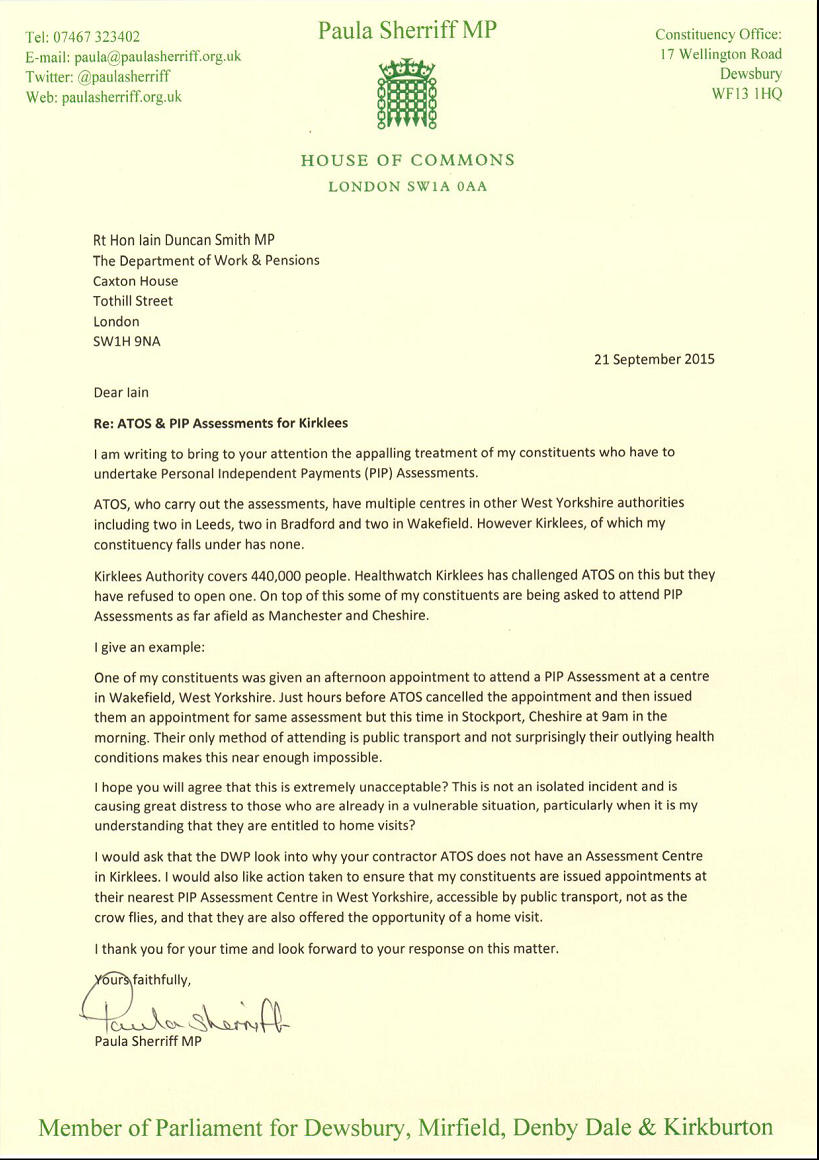