Following the shelved plans to upgrade the TransPennine rail route as promises by the Conservatives before the general election, Paula has written to the Transport Secretary to express her disappointment:

“This news is extremely disappointing for rail passengers who have faced year on year of rising fares and our local economy which stood to benefit from the TransPennine upgrade. I am particularly concerned that it would appear Network Rail knew long ago that the upgrade would be undeliverable yet the government continued to make false promises right up to general election.”

“My constituents deserve an explanation as to why they were misled by the government. Simply passing the buck onto Network Rail will not do. This is yet another failed promise from the Conservative government who shout about a ‘northern powerhouse’ but then once again leave the north starved of investment.” 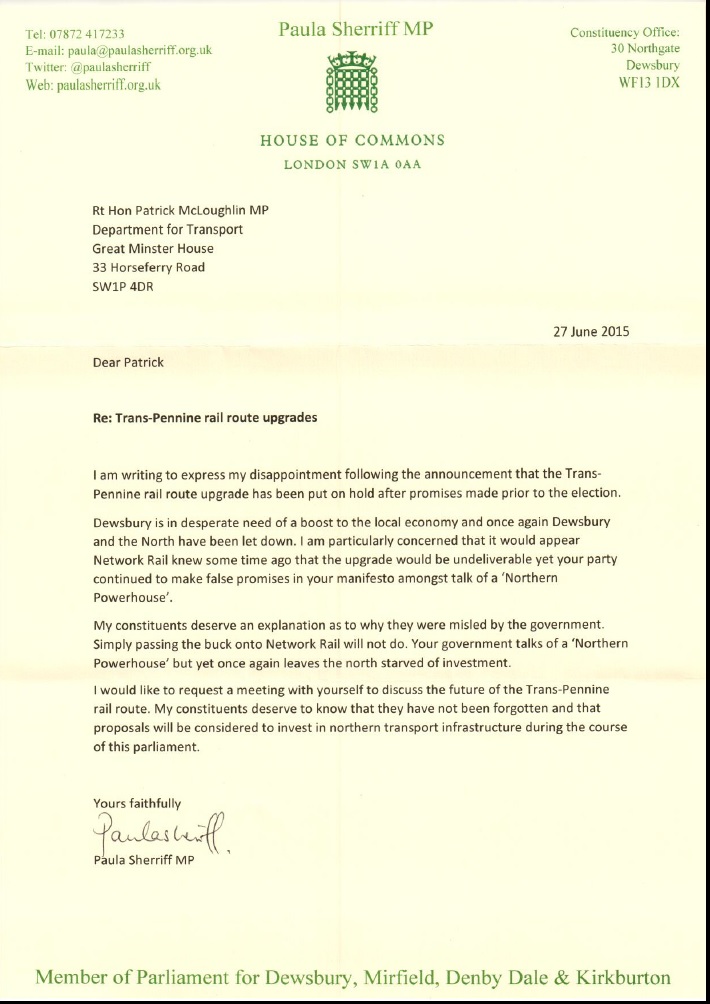