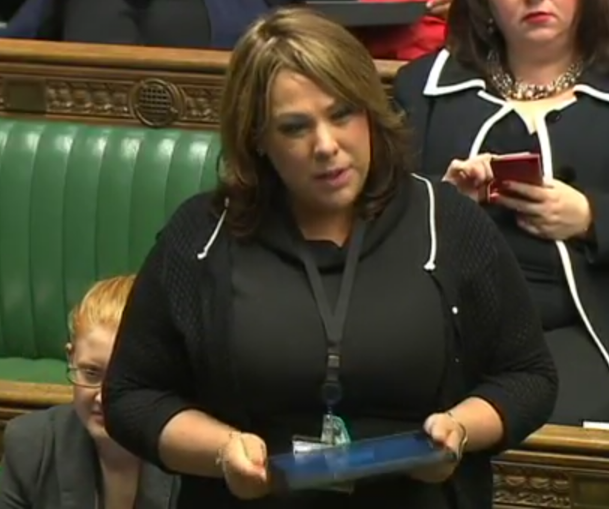 Paula has wasted no time at all in taking the Health Secretary, Jeremy Hunt to task on the privatisation of the NHS.

Paula, a former employee in the health service who has first-hand experience of the effects of privatisation quizzed Hunt in the House of Commons saying: “I worked on the front line of the NHS, in a service providing exemplary care, for more than 11 years. Just over two years ago that same service was privatised, and it has proved to be very damaging for patients, staff and the taxpayer alike. Will the Secretary of State continue to allow companies such as Virgin Care, which exists purely to make profits out of ill people, to continue to bid for NHS services?”

Hunt responded: “the biggest change made in the last Parliament was to take the decision about whether services should be decided by the public sector or the private sector out of the hands of politicians who might have an ideological agenda, and give it to local GPs so that the decision can be taken in the best interest of patients.”

Paula commented afterwards: “I’m extremely disappointed with the Health Secretaries response. Mr Hunt has ignored the fact that patients are suffering at the hands of these reforms and washes his hands of all responsibility claiming it is in the patient’s best interest. I campaigned throughout my election against the damaging fragmentation of the NHS and I will continue to hold the government to account.”