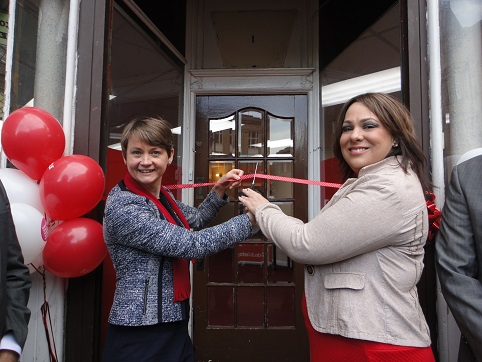 Dewsbury welcomed a number of high-profile MPs on Saturday 7th May to help Paula Sherriff and the Dewsbury Labour Party launch their 2015 election campaign.

Supporters from all six wards in the constituency met at the new campaign office in the centre of Dewsbury to see Yvette Cooper MP, the Shadow Home Secretary, cut the ribbon and declare the office open.

After a busy morning of campaigning, the office was once again buzzing with energy as the Labour Express arrived in town. Jonathon Ashworth MP, Tom Watson MP and 30 enthusiastic students from across the country arrived to hit the streets with local activists, speaking to voters and encouraging support for Paula’s campaign.

A very successful day was brought to a close with a fund-raising dinner hosted by Ed Balls MP, with special guest Kevin Maguire, 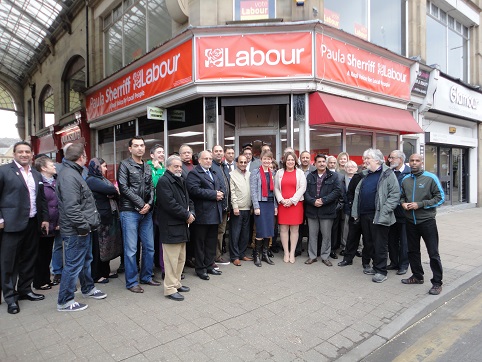 political editor of the Daily Mirror. Campaigners refuelled with a curry, before enjoying speeches, an auction, and even a sing-along.

With the new campaign office and lots of momentum, the Dewsbury Labour team look forward to the next two months, which will be vitally important for the outcome of the election. Please look at our upcoming events, and join the team!