M&S refuse to climb down on hospital pricing policy 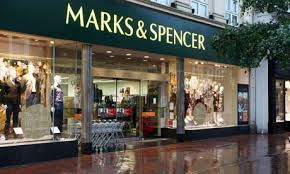 Paula Sherriff MP (Labour, Dewsbury & Mirfield) expressed disappointment today that Marks and Spencer had refused to follow the lead of WHSmith in reducing the price premium charged in hospital outlets.

The chain was under pressure from the MP, a former NHS worker who now sits on the House of Commons health select committee, following an investigation showing that they were charging significantly more in hospital outlets than in high street stores. There was widespread criticism that they were taking advantage of a vulnerable captive audience.

WHSmith agreed to a range of measures with Sherriff, including capping food prices in hospital shops and cheaper “get well soon” cards.

Marks and Spencer met the MP in Westminster today but claimed that they were legally unable to take any action on pricing in their hospital franchises, despite setting the wholesale prices. The retail giant denied they were “exploiting a captive market” or any “undue profiteering”, stating that the overall price uplift was a “single digit percentage” but admitted that it was significantly more for products such as flowers. They blamed higher prices on rents charged by NHS Trusts.

Despite criticism from unions and the Patients’ Association, the firm also denied that they had ever received any complaints from staff or unions on the subject.

Despite owning the depot, M&S hires staff through recruitment agency 24-7, with another company registered at the same address the legal employer. 75% of the staff are now treated as agency workers, using a loophole in employment law, despite effectively working exclusively for M&S. They receive significantly lower pay and only 7 hours of guaranteed work a week, with bosses able to turn them away when they arrive for shifts. The GMB trade union is pursuing a legal challenge.

It was revealed earlier in the year that M&S Chief Executive Marc Bolland received more than £2m in pay after bonuses, and the chain’s global revenue exceeds £10bn.

“I’m deeply disappointed that Marks and Spencer hasn’t followed the lead shown by WHSmith on hospital pricing. Patients feel like they’re getting their pockets picked to prop up the profits of one of Britain’s biggest brands. The biggest premium is on flowers, and I think that’s just wrong -; there will be people in desperate circumstances who want nothing more than to look after their loved ones and these shops are making a quick buck on the back of them.

“No doubt M&S Chief Executive Marc Bolland could afford the extra on his two million pound pay package, but with this government’s tax credit cuts working people are struggling and the costs of looking after a seriously ill relative can make all the difference.”

“And just they’re charging vulnerable customers more, they’re paying vulnerable workers in their supply chain less. Put together, you have to question what’s happened to the values behind this brand.”

“I hope that we see some progress on conditions for their workers when we meet next. Their adverts say that there’s only one store that does it like M&S, but apparently that’s not true for prices and it’s not true for payscales. Instead the most vulnerable customers and staff get charged more and paid less.”

The MP pledged to seek a Commons debate on the behaviour of Marks and Spencer if she wasn’t satisfied with their response.