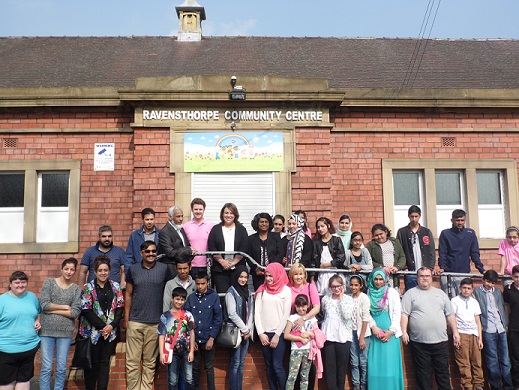 Labour’s parliamentary candidate, Paula Sherriff welcomed Baroness Lawrence to meet young people at Ravensthorpe Community Centre in Dewsbury, to discuss community cohesion and how as a community we can work together, sharing common values.

The Baroness met with over 50 young people from Dewsbury and spoke candidly about the challenges still facing our BME communities and listened to the experiences of the young people here in Dewsbury.

Labour’s parliamentary candidate for Dewsbury, Paula Sherriff said: “Doreen is a truly inspirational woman, who embodies our struggle against inequalities, injustice and the continuing fight against racism.

“The Tories have failed to address rising levels of hate crime; but in contrast a Labour Government would strengthen the law and promise a zero-tolerance approach to hate crime, such as anti-Semitism and islamophobia. We will challenge prejudice before it grows, whether in schools, universities or on social media.

“We know that racial harassment, bullying and discrimination are still a sad reality for too many. I’m committed to tackle bigotry and racism in all its forms.  I’ll also stand against politics of hate employed by those parties and extremist organisations who wish to cause division and fear”.

Baroness Doreen Lawrence said: “This election is hugely important for young people. Most young people I talk to think politics doesn’t concern them but it does.  I came to Dewsbury to highlight the importance of this election and how the outcome will determine the progress of equality. This Government doesn’t have race on the agenda whatsoever. Labour has a BAME manifesto which champions greater diversity across public life, pushes for better representation across the police, judiciary and in the company boardroom.”